Physicians, nurses and other licensed and/or certified professionals are especially vulnerable to the 12 Step rehab industry’s rampant abuse. Once trapped into the system, whether by a malicious report or the corrupt “Physicians Assistance Programs,” “Nurses Assistance Programs” or other supposedly voluntary resources, providers are trapped in a maze they will never escape.

A couple of examples will suffice:

Dr. A. called from Idaho to report that since going into semi-retirement and reducing his work load from 60 hours a week to 8 hours of voluntary work at a local free clinic he noted that his alcohol consumption had increased to a degree he wasn’t entirely comfortable with. I noted that this was a common result given the lack of structure, boredom, and other “benefits” of retirement. His concerns required only some modest adjustments and he went about his life.

Until a year later when at his own annual physical his doctor asked if he had any concerns to report. In passing, he mentioned that a year previously he had wondered about his increased alcohol intake but that this had been addressed and was no longer a concern.

His physician, a closet Stepper, immediately reported him as a dangerous alcoholic in denial and the state board ordered him to report to an Arizona facility within 48 hours for 30 days of residential treatment at a cost of $55,000. When he objected, the “sentence” was increased to 60 days and $110,000 with a warning that the next complaint would increase the requirement to 90 days and so on.

After much consideration, Dr. A. decided to simply surrender his license.

The doctor who reported him filed these false reports frequently, received kickbacks from the rehab facility, and kept some physicians bouncing in and out of rehab for years, all for his and the facilities financial benefit.

Dr. B. incurred a DUI and immediately reported himself to the state medical board and had a similar experience except that he fought the designation of “alcoholic” and successfully challenged the board in court. He won but because he was then labeled a “problem” he couldn’t find a position in either his home state or any adjacent states. Again, his career was over.

Nurse B. accepted a new position in California when she was in her late 30s. Two years later it came to light that she’d gotten a DUI in high school 20 some years earlier. The Nursing Board ordered her to rehab even though there were no issues in the intervening years. Not only was she ordered to rehab, but it had to be 12 Step based rehab because “that’s the only thing that works” even though she neither had a problem nor do the “Steps” work.

I could cite dozens of other cases from across the U.S. and Canada but these should suffice.

If you are a medical professional and are uncomfortable with your alcohol use, DO NOT sign up for the “voluntary” assistance programs. These are only “voluntary” in the same sense the military is and once you have “enlisted” you will never control your professional life again and you will be financially enslaved for the remainder of your career.

Private, individual, confidential assistance is available – assistance that will not label, demean, humiliate or enslave you. Assistance that is research and outcome based and has helped hundreds in the helping professions over the past 35 years. One on one, distance delivered, affordable, effective and unreported to anyone but yourself

Head off the avalanche that is poised above you. Fix whatever the problems are. Avoid the maze. 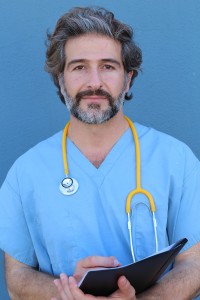